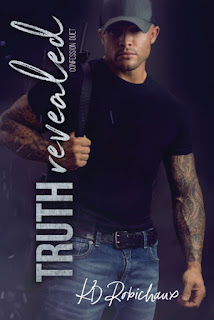 It’s been a decade since I divorced the love of my life, after her confession while I was deployed.


Ten years since I spoke to Vi, my soul mate, the girl who had brought me to life only to stab me in the heart, sending me into an even darker state than where I was before I met her.
Ten years, I’ve been watching her from afar, keeping tabs.
After a decade in the Army, two Purple Hearts and a Medal of Honor under my belt, I was kicked out with an honorable discharge, knowing no other skill than One Shot One Kill. Two years later, I’m part of a group of mercenaries who carry out justice. Criminals who hide behind their fancy lawyers and power—we take care of them and make it all look like karma. And with intel from our founder, Dr. Walker, a therapist with a long list of predators whose victims were too scared to turn them in, work is plenty and fulfilling. Until Vi begins her sessions and I discover the reality I’ve lived the past ten years was nothing but a lie, when the truth is revealed.

I wasn’t prepared for how I would feel after reading Truth Revealed, I honestly am at a loss for words and that isn’t a bad thing.  It means that I am not sure I can find the right words to explain how Truth Revealed made me feel.  Simple words like sad, emotional or angst aren’t even close to how I felt.  Gut wrenching, heart shattering, can’t breathe anxiety are close to how I felt. I don’t have triggers but I know some of you do so I am not going to say what happens obviously so I don’t spoil it for you but just so you are aware.  Now this isn’t a standalone you need to read book one first so make sure you do that.

Vi and Corbin’s relationship isn’t simple, it isn’t just a story it is a journey of heartache, pain, healing and love. More than once I cried. More than one I wanted to scream.  But I kept coming back for more.  It’s like an accident scene you can’t help but look when you drive by, I couldn’t stop reading or be pulled away even when I was being destroyed on the inside.  Be prepared to cry, be prepared to feel the emotions and be prepared for the truth to be revealed, the question is though can you handle it? 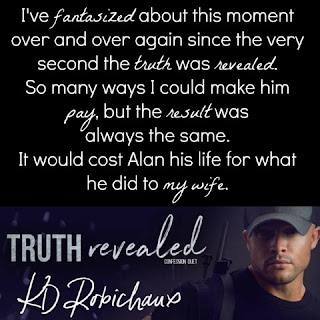 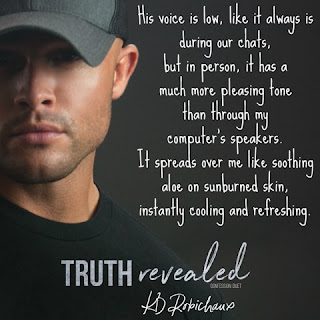 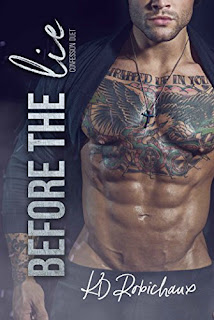 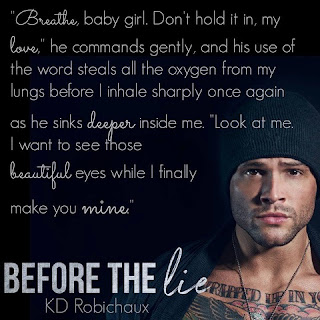 
KD Robichaux wanted to be a romance author since the first time she picked up her mom’s Sandra Brown books at the ripe old age of twelve. She went to college to become a writer, but then married and had babies. Putting her dream job on hold to raise her family as a stay at home mom, who read entirely too much, she created a blog where she could keep her family and friends up-to-date on all the hottest reads. From there, by word of mouth, her blog took off and she began using her hard-earned degree as a Senior Editor for Hot Tree Editing. When her kids started school, and with the encouragement from her many author friends, she finally sat down and started working on her first series, The Blogger Diaries, her very own real life romance.