Release Blitz! I Just Want You By Kaylee Ryan 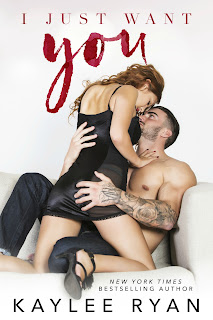 “Go to college,” they said. “Get a good job,” they said. “It will be a piece of cake.” Well, whoever they are, they lied. Sure, college was a blast, but after college, not so much. The finding a job to go with my expensive education, that part was not so easy. At least not until I was offered a position at the new club in town.

Life is defined by the little moments that have the power to change it completely. I never thought getting a cup of coffee would change mine, but it did. She did. She’s one of those moments.

I can’t resist her.

When I started I Just Want You I was excited and looking forward to a new office romance. There is something about these romances that I can’t help but want to read, is it the closeness of working together and that buildup of chemistry and attraction, or is it the boss/employee is it wrong feeling that pulls me in? I can’t say for sure just that i tend to love them. Sadly though it started off great only to go downhill because of the heroine Berklee, I continued reading because of Crew and no other reason than him.
Berklee slowly began to rub me the wrong way with how immature and childish she would act. Simple little things like wearing a hoodie knowing it would set a certain someone off, keeping a secret and a big one at that and acting shady. She started off as a character I thought I would really like and ended up being one that I just wanted to go away. I must say I did love her name, Berklee is cute and original and one I haven’t seen spelled this way before, bad that was the only thing I like about her.

Now don’t go thinking Crew was a saint because he wasn’t by any means, I even wanted to slap him around a time or two but he didn’t want to play games. He wanted more from Berklee and he made that clear. I wouldn’t have put up with her games, he deserved more and better from her.

I wanted more from I Just Want You and unfortunately it isn’t one that I can shout from the rooftops saying I loved it but maybe this one will work more for you. Give it a shot and form your own opinion on it. 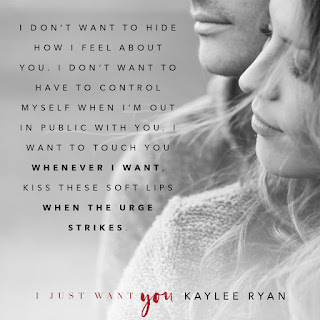 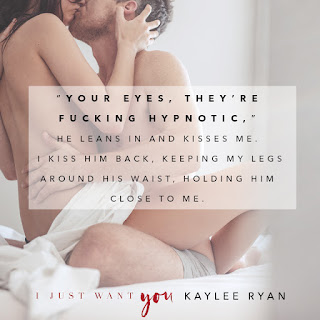 
Kaylee Ryan has had a passion for reading since she was a little girl. That passion has slowly led to spinning romantic tales, and a one-click addiction. When she doesn’t have her nose stuck in her kindle or fingers glued to the keyboard, you can find Kaylee hanging out with friends and family. She loves all genres of music, and enjoys scrapbooking. She lives in Ohio with her husband (her real life happily ever after) and their rambunctious little boy.