Book Blitz! Chained To The Devil's Son By Shea Swain 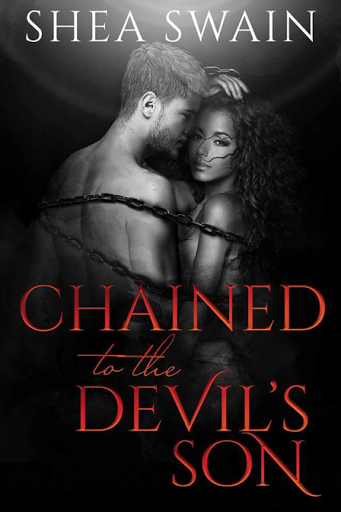 It was supposed to be the start of a new chapter in their lives. What it turned out to be was a life worse than death.

When Evelyn Jones’ family made a wrong turn onto the property of one of the most racist men in the South, she discovered that Hell is definitely a place on Earth. She had few memories of the loving life her parents’ provided. Constant fear replaced her free-spirited youth, and the person responsible was the Devil himself. That’s who young Evelyn thought the man who took her family captive, to suffer under his sadistic rule and hateful tongue, was.

Junior Shaw was the only one who had to endure his father’s torture, and then they arrived.

No one understood survival of the fittest like Junior. The strong stomped on the weak, and the weaker were stomped on repeatedly. Twelve-year-old Junior was the weak according to his father. To be raised under evil’s hoof was hell, but when his father turned his hatred on others, Junior adopted the role of protector. However, who will protect him?

Two children must mature under horrid circumstances and soul-crushing abuse. This standalone full-length novel is a tale of uncompromising hate and unending love and devotion. Delve into the darkness of Chained to the Devil’s Son.

Add to your TBR