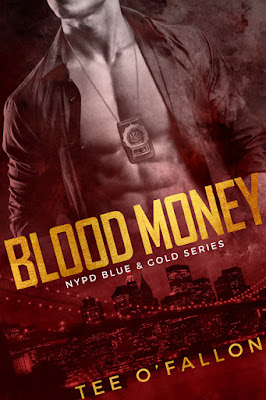 NYPD Detective Gray Yates has major trust issues. Protecting a serenely beautiful woman hiding enough secrets to take down an entire city wasn’t something he bargained for. She’s a loving single mother, hot as hell, and protecting her will test every ounce of his resolve.

Alex Romano is being blackmailed by the Pyramid—an elusive international organization of assassins every cop in the world is after. When Alex tries severing ties with them they refuse to let her go. The darkly dangerous detective she’s irresistibly drawn to is her only hope of staying out of jail. He just might be her savior…or her downfall.

Despite efforts to maintain his professionalism, Gray can’t deny the fiery passion Alex ignites in him. In an explosive confrontation, Alex’s lies are revealed and Gray is faced with the most important decision of his life: trust the woman he’s falling in love with, or arrest her.

Gray and Alex were interesting. I liked the way the development of their relationship was handled, the idea that they were attracyed to one another, and starting to act on that attraction, and then events happened that got in the way.

It was an interesting perspective, and in a way a second chance romance, even though not a lot of time had passed.

I thought the catalyst for the situation was believable without being overwrought, which can be a difficult balance, as when an author uses a child as the motivation for adults, sometimes the characterization falls to the side and the author uses "it's for a child" as the reason for all the motivation. And, while this is legitimate, it is a tough read...and the author avoided doing this here, which kept it interesting.

The pacing was strong and consistent and the writing and dialog were also interesting and believable...I liked Gray and Alex, I wanted to see what happened with them, and I liked the ultimate resolution. 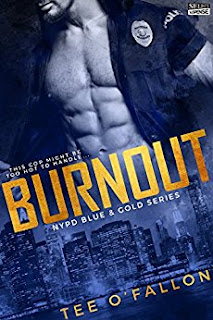 Tee O'Fallon has been a federal agent for twenty-two years, giving her hands-on experience in the field of law enforcement that she combines with her love of romantic suspense. Tee's job affords her the unique opportunity to work with the heroic and sexy men in law enforcement on a daily basis. For Tee, research is the easy part!