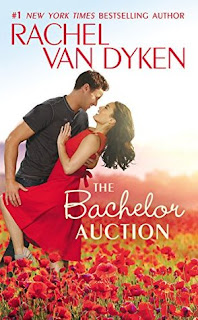 Cinderella never had to deal with this crap.

Jane isn't entirely sure that Cinderella got such a raw deal. Sure, she had a rough start, but didn't she eventually land a prince and a happily-ever-after? Meanwhile, Jane is busy waiting on her demanding, entitled sisters, running her cleaning business, and . . . yep, not a prince in sight. Until a party and a broken shoe incident leave Jane wondering if princes---or at least, a certain deliciously hunky billionaire---maybe do exist.

Except Brock Wellington isn't anyone's dream guy. Hell, a prince would never agree to be auctioned off in marriage to the highest bidder. Or act like an arrogant jerk---even if it was just a façade. Now, as Brock is waiting for the auction chopping block, he figures it's karmic retribution that he's tempted by a sexy, sassy woman he can't have. But while they can't have a fairy-tale ending, maybe they can indulge in a little bit of fantasy . . .

**Please note this review previously ran for the eBook edition**

My love for Rachel Van Dyken just increased with The Bachelor Auction. It was that funny, sexy read that I just needed to brighten up my day. It is a modern day Cinderella story, wicked sisters and all. This one will have you laugh more than once, and not with just the main characters, Jane and Brock but with the secondary characters as well. A certain Grandma from another series that we know and love makes an appearance in this one and I was hoping for it, because honestly if you know who I am referring to, you could almost picture that she was the inspiration for everything that occurs.

Jane feels as if she is a “plain Jane” she doesn’t see her beauty and well how could she with two bitchy dumb ass sisters she has who manipulate her on some of the worst levels. She is in fact the modern day Cinderella, even has the cleaning company to prove it. She is sweet, funny and unfortunately doesn’t know how to stand up to her sisters. She is “Just Jane” in her eyes.

Brock may be an eligible bachelor but he wants nothing to do with the whole auction idea his crazy ass Grandpa has schemed up. His twin younger brothers keep him busy enough with their manwhore ways, but because it is his Grandpa asking, he can’t say no. I am going to admit more than once did I want to bash Brock over the head with a dirty toilet cleaning brush for how he acted towards Jane but at the same time my heart hurt for him because of the memories he was remembering. I did find him to be the perfect Prince Charming in the end.

I absolutely loved Brock’s twin brothers and his Grandpa as well. I can’t wait for the brother’s books and even possibly a cross over with another series that has a scheming grandparent? I kind hope that there is some payback towards the grandparents (in a good but possibly sneaky way of course) from those who have been messed with. Overall The Bachelor Auction is funny, sexy, and sweet and one I recommend for fans of Rachel Van Dyken but anyone looking for something new to read. 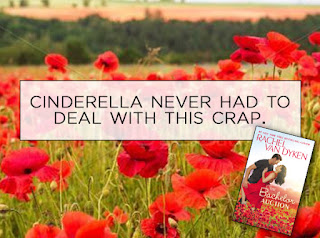 Add The Bachelor Auction to your shelf on Goodreads: http://bit.ly/2gMQNsP