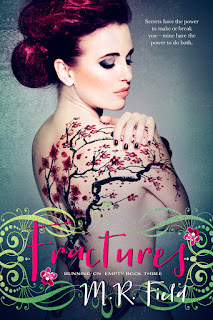 If love were a battleground, then we waged a war upon it.

We’d been best friends for years, and then we were wayward lovers. It was meant to just be an itch to scratch—some harmless fun. But once he had me under his thumb, tied in his binds, he became my undoing.

These days, he consumes my thoughts. I’m powerless under his touch.

He makes me ignore the guilt from my past that consumes me when I don’t deserve to forget. With him, I am raw and exposed, yet he continues to move closer to me.

He’s willing to fight, but my armour has been dented enough.

After being lied to by my own family, I know the power of deception. Now, I’m afraid that withholding the truth will be my ruin.

Especially when all my secrets are attached to her.

She is my muse. My salvation. The reason my past didn’t destroy me.

All’s fair in love and war.

For us, it’s time to strike the match.

I love a friends to lovers romance, there is just something about having even deeper connection with someone who has known you on a different level and knows your faults, your demons, your strengths, and your weaknesses.  Fractures is the perfect example of this. From happiness to sadness and every emotion in between, this is a book that will get it’s hooks into you and have you so compelled that you will not be able to put it down until you finish it.  Trinity and Theo will implant themselves into your heart and stay there from beginning to end.  I am very impressed not only with Fractures but with Ms. Field’s writing style.  I have not read the previous books but guess what this book whore has on her TBR list?  The previous books if you couldn’t guess.  Fractures is one I recommend for all my fellow book whores to check out, and I hope you all will enjoy it as much as I did. 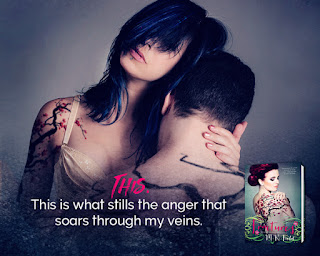 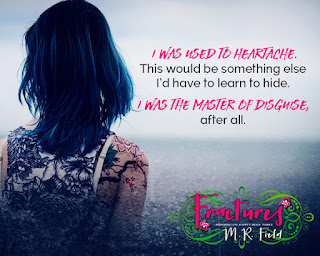 Trinity. The only woman I can love and hate in one breath. Who caught my attention from the moment I met her.

“Your eyes are green! I’m Trinity. Not Tricia.”

All I can do is smile. Her vibrancy knocks the wind out of me. “Theo.”

“Nice to meet you. If this class sucks, there’s a fire escape over there.” She tilts her head towards the corner of the room. “I heard the canteen has Mars Bars.”

With her, I wasn’t expected to always be my best, unlike what my father expected.

For years, Trinity and I had been caught in a power-play—one moment we were best friends, the next enemies, too immature to act rationally, and too stubborn to relent. Since our teenage years, she was the core of my happiness. Being close to her was enough. As a teenager, I lived in an emotional cage that stemmed from my father’s upbringing, imprisoned by my own insecurity or naïve stupidity. Dating my best friend was a dream I wanted but could never have. I’d already lost so much, and the thought of losing her as well … it was not something I could risk. We’d shared a moment once, but it was more frightening than the destruction that had been going on in my home life at the time. Our friendship was everything.

Now, as adults, twisted by the need to be near each other but too willful to admit it, we are caught in a web of fear and denial. Sure, it might seem easy to date, but neither of us has the courage to broach that subject. If we make it real, it is just as easy to lose it all. Instead, it’s easier to hide behind the smokescreen and under the sheets.

Our connection simmers between us. We cling to and thrive on the seductive torture. For years, we’ve been caught up in an evocative dance, our friendship being the common thread that holds us together. Our emotions are too volatile. A side look, a slight touch of the hand—all minor gestures that have led up to the moment we are now in. A complete clusterfuck. 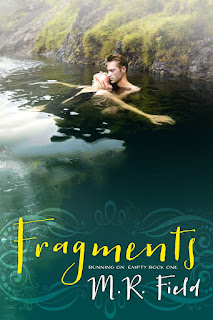 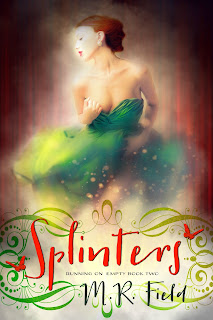 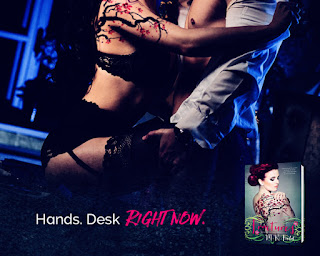 M R Field is an author from Rural Victoria and has completed a Bachelor's degree with Honours from Latrobe University, Melbourne. After growing up with the river at her front door, she returned back to her hometown after many years of living in the city. She now lives a tranquil lifestyle with her husband, two young children and effervescent dog, Zephyr.

M R Field has always held a love for writing, filling journals as a child which progressed to more eloquent pieces as an adult. After ten years of creative instruction, she decided to turn these ideas into manuscripts. She adores creating new story lines and is a big fan of a happily ever after, but believes strongly in making her characters work for it.

She has recently decided to join the independent publishing world with her debut novel, Fragments, which released late 2014, alongside its subsequent novel, Splinters that released in 2015. Fractures, her latest novel is due for release on October, 25th 2016. 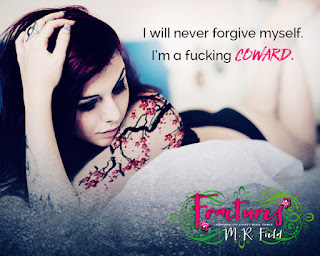