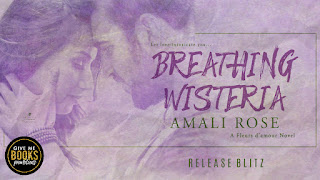 Life turned her into a realist years ago when she lost everything she truly loved.

Wyatt knows there is no happily ever after for her. No white knight coming to her rescue and that’s perfectly fine. She is more than capable of saving herself.

Enter Flynn Maguire. He’s been running from his demons for a decade, hiding in plain sight and determined to forget. No longer able to live the lie, he hunts down the woman he destroyed in a misguided effort to save her.

Wyatt is determined never to repeat the past. Flynn is determined to reclaim the life that should have been his. But determination will only get you so far, and when the glare of public opinion viciously shines on their past, they can either stand united or fall divided.

The door clatters open, bringing with it a gust of frigid air and a sound I never thought I would hear again.

My eyes are fixed on the laughing redhead and I shadow her movement with my eyes as she makes her way across the diner, falling into a booth with a chatty pink-haired girl who hasn’t stopped talking since they entered.

I spend the next few minutes watching her without one damn ounce of shame, reacquainting myself with all of her little quirks. The way she can’t keep her hands still, constantly touching, gesturing, grasping. The shake of her head and roll of her eyes when she is amused. All of her little mannerisms that I never thought I’d get to see again. I watch it all, captivated, memorizing this new version of the girl I loved.

I wish I could say I waited. Or, that I tried to wait until she was alone. For a moment where my presence wouldn’t throw her carefully constructed world into a tailspin. But it would be a lie. Because being in the same room as her, without being able to touch her was just too damn hard.
Pushing up from the table, I stride purposefully over to her table, trying to convey the confidence that seems to have deserted me, right when I need it the most.

A fraction of a second before her friend spots me, her eyes widening, I see Wyatt’s back straighten as though a jolt of electricity has shocked her, and I see her wary eyes search the room.

I force my feet to stop at their table. The urge to run is sudden and all-consuming, but when she looks up and her gaze meets mine, a sense of home fills me.

We stare at each other wordlessly. The air is thick with tension and I try to read her reaction, but it’s a shock to realize that I am no longer fluent in Wyatt Monroe.

“Hey, guitar-boy.” A wry voice has my head spinning toward the friend, who apparently is a feisty one. “Can we help you?”

I slide my gaze back toward Wyatt, waiting for her to say something. When she doesn’t, simply continuing to look at me with an expression that screams confusion, I step up.

“Just wondered if I could have a word with Wyatt.”

Pink’s eyes jump between the two of us, trying to read the situation, and I get a few more seconds to admire Wyatt before I’m shut down, ruthlessly.

“You know what?” She taps a finger to her mouth as though deep in thought. “Usually I’d say that sounds like a grand idea, but it doesn’t look like she wants to talk to some random stranger who approaches us creepily in a diner. Mmm ’kay? Run along now.” Her lips form a hard line and I get the sense she’s going to be tough to win over, which causes me to shake my head and give her my trademark smirk.

“I know,” she cuts me off. “You’re Flynn Maguire, and you probably don’t hear this a lot, but I couldn’t give two flying fucks. Buh bye.” She waves me off like I’m an inconsequential bug, and my smirk grows to a full-blown grin. 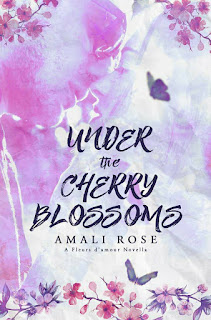 FREE for a VERY limited time!! 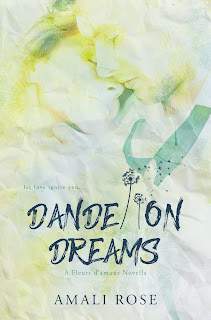 Amali Rose is an Australian author, and former blogger, who released her debut novella in 2017.

A self confessed bookworm, her love affair with the written word began as a child, with The Magic Faraway Tree. Her tastes have grown and evolved over the years, and after stumbling into the indie community a few years ago, she discovered her passion for romance with a side of smut.

a Rafflecopter giveaway
Posted by Janna at 2:17 PM