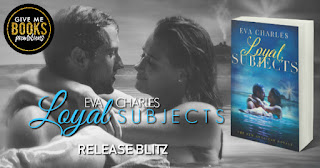 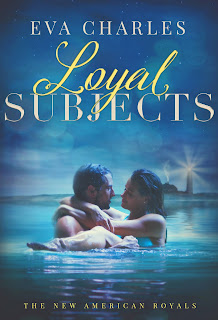 Emmie Landon is off-limits. She has a young son, works with my brother Jake, and lugs around enough baggage to fill an entire football stadium. But I can't resist her long, shapely legs and thick, soft curls, begging to be wrapped around my hands.

Mark Harrington is too-everything. Too good looking, too funny, too charming, too brutally honest, too impulsive. He's accustomed to getting his way, and never afraid to throw down the gauntlet. So what if I can't stop thinking about his devilish blue eyes and his lip-smacking happy trail?

**Despite being volume five in The New American Royals Series, Loyal Subjects may be read and enjoyed as a standalone contemporary romance.**

Loyal Subjects may be book five in this series but it can be read as a standalone easily. I wanted to be blown away by Loyal Subjects, I wanted to be able to fall in love with the characters and story but sadly I did not. I think I was just not in the mood for this type of book when I read it and I hate when that happens because the book was written well as well as the characters. I am not going to sit here and go on and on about it because that is not fair to the author nor the book. As always form your own opinions maybe this will be the book that blows you away. 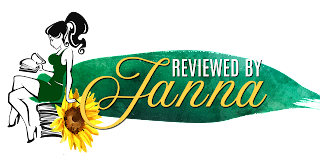 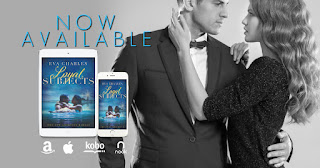 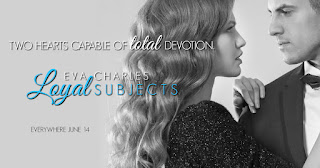 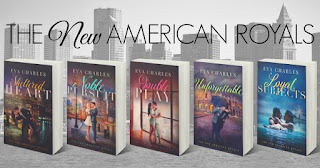 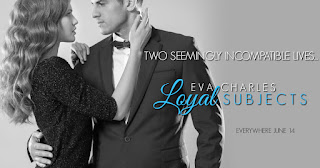 After being a confirmed city-girl for more than thirty-five years, Eva moved to beautiful Western Massachusetts in 2014. There, she found herself living in the woods with no job, no friends (unless you count the turkey, deer, and coyote roaming the backyard), and no children underfoot, wondering what on earth she’d been thinking. But as it turned out, it was the perfect setting to take all those yarns spinning in her head and weave them into romantic tales.

When she’s not writing, trying to squeeze information out of her tight-lipped sons, or playing with the two cutest dogs you’ve ever seen, Eva’s creating chapters in her own love story.