ARC Review! Restrained Under His Duty By Stacey Kennedy 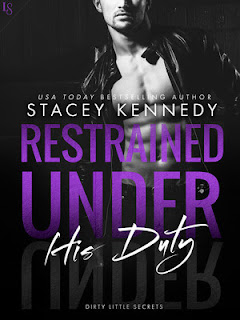 As the chief of security for a prominent senator, Ryder Blackwood is stunned when an anonymous source sends him a compromising photo of his boss’s twenty-five-year-old daughter getting down and dirty in an underground sex club. If it gets out, the media firestorm could ruin her father. More troubling for Ryder is how arousing he finds the whole situation. He’s known Hadley Winters since she was a kid. And now she’s the woman in all his most private fantasies.

Wild behavior helps Hadley get through those painful, lonely nights, but she’s been waiting a long time for a man like Ryder to protect her from herself. Ryder is raw. He’s real. And he makes her feel safe. Now that they’ve both become pawns in a blackmailer’s dangerous game, there’s more at stake than her father’s political career. As the intimate threats tear apart a tender new love, Hadley is forced to trust Ryder with her life—and her heart.

Don’t miss any of Stacey Kennedy’s seductive Dirty Little Secrets novels:
BOUND BENEATH HIS PAIN | TIED TO HIS BETRAYAL | RESTRAINED UNDER HIS DUTY

I was a little surprised by this book. I have read the two prior and knowing that Ryder owned a sex club I thought there would be more in the story. However i thought the story was well written and it had a lot of depth to it. I found Hadley's strength and determination to get her man and to protect her family was inspiring. She also showed her vulnerability which added to her character.

Ryder was pure alpha male. I thought his transition from being restrained from going after Hadley to actually taking what he wanted was fabulous. He showed so much respect to the fact his first duty was Hadley's dad by being up front with the man about his feelings for Hadley. He is definitely the kind of man I want so I'm going to go ahead and claim him. I would do anything that man asked me to for sure.

I also have to add I love how this book leads into the next book in the series. It keeps you wanting more. I seriously can't wait for Gabes story. I highly recommend this book and this series. And if you haven't read the other books in the series i highly recommend you do. You might be a little lost if you start in the middle of this series since one book leads to the next. 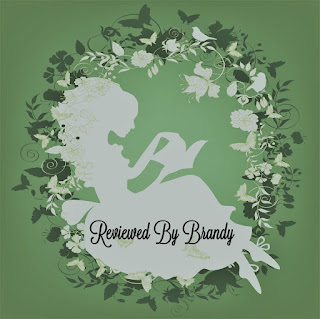