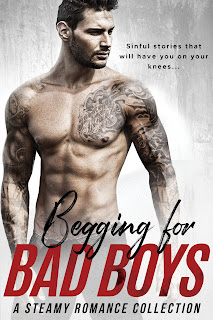 USA Today and Top Best Selling Romance authors have come together to give you this tempting bundle of 13 sinful bad boys that'll have you on your knees and begging for more!

Each book is a standalone romance with a guaranteed sweet-as-can-be happily ever after with NO CLIFFHANGERS. Get an ice cold glass of water before digging into these brand new, never-before-seen hot reads! 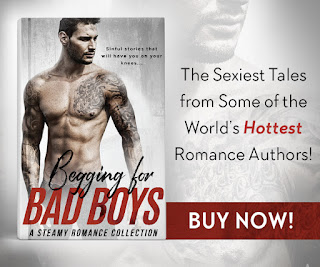 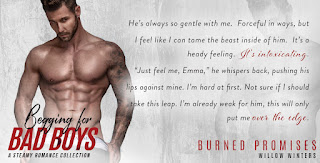 
My world is caving in on itself; the scars of my past threatening to consume me. I was ready to fall from the top of my empire and I didn't give a damn. But then she showed up; falling back into my life and into my bed. My sweetheart. I should let her walk away again; I'm a bad man, but I'm too selfish. This time, I'm keeping her. 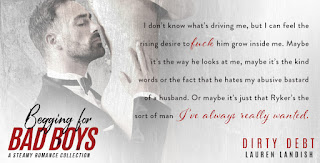 It's time to collect on the biggest debt anyone in the city owes me. Jacob Waters, the bastard that killed my father. He's an abusive prick and he'll pay the ultimate price. But before I take him down, I'm taking his most prized possession. His precious Sarah. 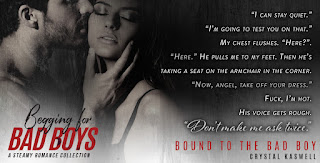 Brendon. My best friend's brother. The smoking hot tattoo artist miles and miles out of my league. He wants me. He wants me bound. I've had a crush on him since I can remember, but can I really handle him like *this*? 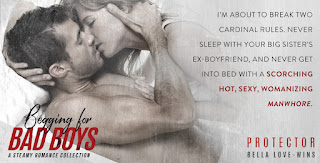 Robin - I bump into the bad boy who broke my sister's heart nine years ago, and everything changes. I never expect forbidden fireworks, secrets and danger at every turn, and a hero in my corner when I need him most. 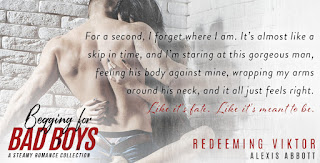 A passionate one-night-stand ends in heartbreak. Five years later, and he's back, but can what they have be rekindled once he realizes they have a daughter? 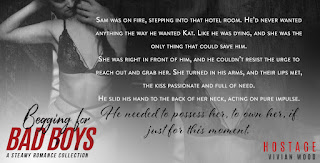 World-weary ex-soldier Sam isn’t expecting to find beautiful, broken Kat in the snow. When he takes her back to his hunting lodge and cleans her bruises, she tries to flee. Scared for her life. Sam is determined to protect the delicate blonde from the world, even if that means putting his life on the line. Now that he’s found her, he won’t let her go… 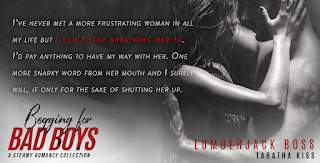 Wealth. Power. Wood. Three things I had more of than anybody else until Hazel showed up to protest my latest project. She won’t take my money. She doesn’t care about my family’s influence. Maybe a little wood is what she needs... and I’ve got more than enough to give her. 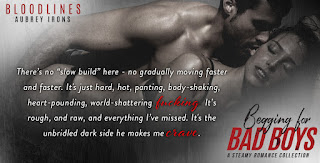 
Once upon a time, he was my prince not-so-charming. But there are no happy ever afters with life in the Dark Saints Irish mafia. I swore I’d never come back to Boston after he pushed me away six years ago. But that’s before there was a price on my head, and I needed protection. I won’t fall for him again. Giving in to temptation this time around doesn’t mean a broken heart. It means we’re dead. 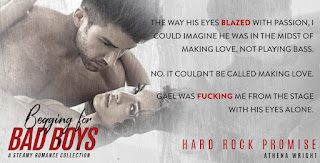 I thought it'd be an easy job when my friend asked me to "babysit" her out-of-control brother — her playboy, arrogant, *sinfully sexy* older brother. As the bassist in the rock band Cherry Lips, Gael's had more than his fair share of women. But his dirty, sexy words ignite my body, just as his promises of forever ignite my heart. Is Gael playing me or playing for keeps? 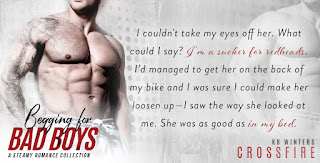 I'm Jameson O’Leary. When I find a sweet Irish babe on the side of the road, it’s time to get down and dirty—on and off my bike. I just pray baby girl doesn't get caught in the crossfire. 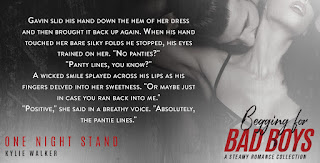 One Night Stand by Kylie Walker

Heather Blair was only going to check up on her assistant. To see how the wedding was going. She hadn’t planned on being snowed in or make a night of it with a tall, dark and sexy billionaire. Have a one night stand her assistant told her! When she finds out who he really is, the question is, will she run out the door or into his arms? 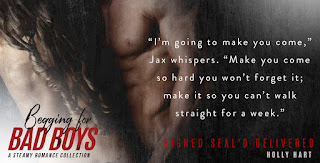 Ripped muscle and strict discipline, that's what SEAL's are made of and exactly why Jax was hired for the job. When Jax sees Alex, the girl he loved all those years ago, his years of hard work and his career are put to the test. 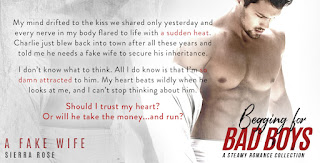 A Fake Wife by Sierra Rose

Charlie’s plan: Sweep into town, pick up a fake bride, get his inheritance, and leave like the wind after a quickie divorce in Caribbean paradise, untying the knot fast enough to cause whiplash.

Jaime’s plan: Getting intimate, then signing papers over Piña Coladas and saying adios wasn’t quite her style. She knew a happily ever after with Charlie was never going to happen... unless fate intervened. 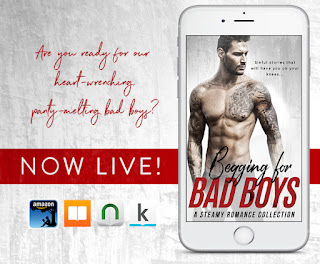