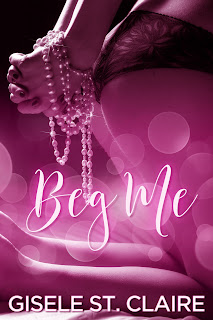 My stepbrother, Aiden, was all I had left. After he inherited his father’s multi-million dollar company, we entered a partnership. It wasn’t what I’d pictured. He wanted me to make the best use of my assets and paraded me in front of his business associates.

Then I saw him. Lucas Ferris. He wasn’t like the others who were middle-aged and pot-bellied. He was sex on a stick. Six foot four with inky black hair. I swear he smoldered when he looked at me. I did my work for Aiden that night and left, returned to my room and went to bed.

But the door opened later that night and I discovered that my stepbrother sold my virginity to Mr. Ferris and he was here to collect.

My revenge, when it comes, will be brutal and Aiden will discover he underestimated his sister. As for Mr Ferris, well he’s doing things to my body that I never thought I wanted but crave so much...

If you’re looking for a panty-melting read with a hot as hell male, a feisty female, and a twist you won’t see coming, read on!

Author's Note* Some Scenes May Trigger Some Readers, Proceed With Caution, and all may not be as appears'

Before I start this review of Beg Me I want you to take the author’s warning very seriously. This may trigger some people but like she said sometimes things aren’t always what they seem.

When I first started reading Beg Me I didn’t know what to think, I thought at first something totally different, something totally nasty was what was occurring but something made me remember that warning and I looked closer at what was unfolding. I am obviously not going to give you what happened or even details because I don’t want to spoil anything for you, but this one will have you questioning some things. Now it is at times erotic, others a little suspenseful but it was missing something. Think it got a bit jumpy at times and that’s what I had an issue with the most, not the storyline. I think it could have used a bit more depth and polishing but beyond that I did overall like Beg Me, and will read more from this author in the future. 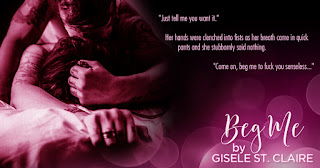 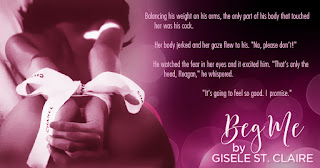 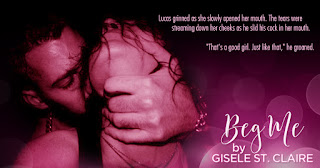 If you're into quick, hot and sexy erotica romance with a twist then you've found the right gal!
I love staying up late and watching my characters come to life on paper.