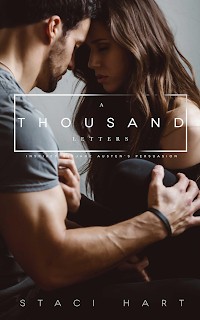 
I’ve spent every day of the last seven years regretting mine: he left, and I didn’t follow. A thousand letters went unanswered, my words like petals in the wind, spinning away into nothing, taking me with them.

Wow. Sometimes a book just grips you and doesn't let you go and this book was one of those books for me. This was inspired by Jane Austen's Persuasion which was part of the reason I really wanted to read it. I was drawn in immediately to these characters and their story. My heart was broken into a million pieces but then stitched back together in a beautiful way. I'm afraid my review can't possibly do justice to how I felt reading this book but I'm going to try.

I love when characters get a second chance at their one big love. There is something about seeing people who already know each other-the good, the bad, and the ugly-finding it within themselves to love again even when they were completely shattered by that very love before. It's incredibly brave and powerful and it was beautifully written here.

Wade and Elliot are forced into seeing each other again during a family crisis, which increases the already heightened emotions the two of them share. My heart ached for them. Part of me wanted to shake them until they saw reason but they had to come back together in their own time. This quote just gutted me. "I could heal him, but he would ruin me. I would make that sacrifice without question, simply because he needed me,..."

I loved the poetry of this book-both at the beginning of each chapter and in the book in general. The entire book felt like poetry to me with the way it flowed. The pacing of it all was just perfect.

This book had me on such a rollercoaster of emotion and I swear I went through an entire box of tissues while reading it. I would highly recommend this book.

Staci has been a lot of things up to this point in her life: a graphic designer, an entrepreneur, a seamstress, a clothing and handbag designer, a waitress. Can't forget that. She's also been a mom, with three little girls who are sure to grow up to break a number of hearts. She's been a wife, even though she's certainly not the cleanest, or the best cook. She's also super, duper fun at a party, especially if she's been drinking whiskey. Her favorite word starts with f and ends with k.

From roots in Houston, to a seven year stint in Southern California, Staci and her family ended up settling somewhere in between and equally north, in Denver. They are new enough that snow is still magical. When she's not writing, she's sleeping, cleaning, or designing graphics.