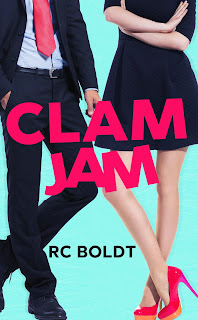 “Clam Jam”
Definition: the female equivalent of a cock block.
Example: You’re chatting with a guy you’re interested in and your friend comes along and lays claim to him.

Maggie
That’s my life—except it’s worse. My friend who keeps “jamming” me is my gay roommate and if that isn’t a W.T.F. moment, I’m not sure what is.

Fact: He went home with three—yes, three—of the guys I had been so sure were into me.

Fact: He’s really pissing me off. I mean, hello? I’m trying to get back in the saddle, but I’ll never manage to get a boyfriend before the age of fifty if he keeps this up.

Fact: Secretly, I wonder what it would be like if he weren’t gay. Why do all the hot, sweet, tender-hearted guys have to be gay?

Ry
The day I interviewed for the room to rent, everything changed. I knew I had met “the girl”, except there was one small problem: she didn’t want anything to do with men. I recognized a top-notch force field when I saw one. She’d been burned badly and didn’t want to deal with a heterosexual guy as a roommate. I could’ve turned around and found another place to live, but I wanted to live there—with her.

So I had to go “undercover”.

Fact: I’m in love with my roommate.

Fact: I’m a likely candidate for carpal tunnel surgery since all the action I’ve had for the past year has been my hand.

Fact: She’s going to hate me if I come clean now.

Fact: I’m not giving up. Which means, I’ll just have to continue to run defense until I figure out a way to get Maggie to see the “real” me.

The me that loves her.

The me that would never do her wrong.

Until then, I’ll keep running off every guy who shows any interest.

Until then, I’ll continue to Clam Jam.

So sometimes I sign up to read a book based on the title alone.  This is one of those instances.  Clam Jam.  Think cock block but for a woman.  I will give you a moment to put it together.  Figure it out yet?  I hope you have because I am moving on.

I haven’t laughed this hard in a while and to be honest I needed it.  I love rom-coms and Clam Jam is one that I was surprised how much I loved.  Maybe it is my type of humor but just even now thinking of it has me laughing.  I loved how determined that Ry was to follow through on the whole gay roommate angle and that it went on as long as it did.  Poor guy had to be blue, well you get where I am going with that.  He knew lying about his sexual preference was the only way he would get close Maggie and have her get to know him but when she finally wants to begin dating again, instead of coming clean he begins to clam jam her and some of it gets to be a little ridiculous but I loved it anyways.

Maggie had a bad relationship so she wants nothing to do with men for a while, so her gay roommate is the perfect solution but what happens when more than a friendship begins to form and the secrets Ry has been keeping come out I understood why she was reacting the way she did.  I do think she was a bit blind though because I think she would have figured it out if she had actually taken into account certain things.

I really enjoyed this one, I love the banter, I loved the characters, I loved the overall plot.  I do hope we get a book with some of the secondary characters because I have a feeling those two (read the book you will know who I am referring to) will put Ry and Maggie to shame. 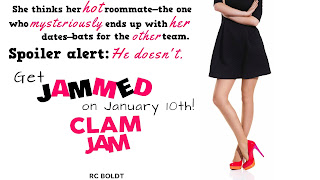 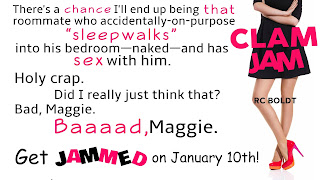 “Ryland James!” I bang on his bathroom door, hollering loudly. “Did you eat the last—”

My eyes are riveted.

He’s got a towel wrapped around his waist, and I don’t even realize I’m moving until Ry releases a sharp hiss at my touch. Because my finger is tracing over the slight indentations in his abdominal muscles.

“Uh-huh,” I murmur absently, my fingertip stopping one of the trickling droplets of water on his skin, tracing it down over his belly button, and—

His fingers grasp my wrist, drawing my hand to a halt, and my eyes dart up to his in alarm because crap. That was like an out-of-body experience.

“Oh, crap. I’m sorry. I just really, um … crap.” That’s all I can utter. Nonsense. No one would believe I have my graduate degree if they heard me right now.

If my tongue had a voice of its own, it would probably say something like, “Just the tip. That’s all I want.” The tip of my tongue tracing over Ry’s abs, that is. You know, just to prove someone Photoshopped him. Or not.

Because I’ll take one for the team. I’m a giver like that. People might even think of canonizing me as a saint after all this. Really.

Oh, and then … Abracadabra! Poof! He’d no longer be gay, profess his undying love for me, and wouldn’t ever leave me for another guy.

Wow. That scenario even sounds crazy in my head.

“Oh, boy,” I breathe out. Ry is hard, tenting the towel, and I really want it to drop. Accidentally, of course. Like an “oops” moment. Totally harmless and innocent.

Oh. My. God. I’m a horrible person. I’m thinking of my roommate’s penis! My roommate who has quickly become one of my best friends.

Where did this inner slut come from? It’s like she’s been lying in wait—for him, apparently.

But, really. I can take a little peek, right? 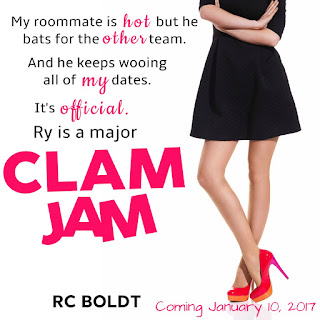 RC Boldt is the wife of Mr. Boldt, a retired Navy Chief, mother of Little Miss Boldt, and former teacher of many students. She currently lives on the southeastern coast of North Carolina, enjoys long walks on the beach, running, reading, people watching, and singing karaoke. If you're in the mood for some killer homemade mojitos, can't recall the lyrics to a particular 80's song, or just need to hang around a nonconformist who will do almost anything for a laugh, she's your girl.