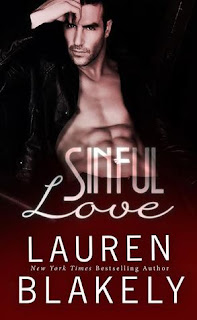 
Michael Sloan is all of the above, with a hard tough edge to boot. He's not the guy he used to be. Years ago, before all the s&%t went down, he was laidback, carefree, and even happy-go-lucky.


Life changed him. Hardened him.
There's one woman though who can break down his walls. Someone who knew him then. Who can reach inside to that heart he protects fiercely...because she's the only one he ever gave it to. When they collide, it's tender and savage, gentle and rough, and makes them both hungry for more of this electric, once-in-a-blue moon kind of sexual chemistry. But it's a battle of wills between Michael and the woman he loves, with words and emotions held close to the vest.
She doesn't believe she can ever move on from her own heartbreak, but when Michael makes her feel for the first time in years, it's both thrilling and scares the hell out of her, setting off all her flight instincts. He's determined not to lose her again, but he'll have to learn to let her in if he ever wants to fully heal from the past...
The problem is, she knows something about the night his family shattered. She has the missing puzzle piece...but neither one of them realizes it.
YET.

The Sexy One by Lauren Blakely 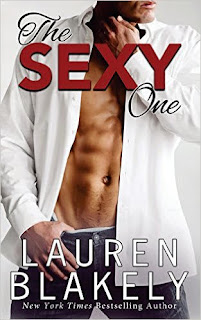 Let me count the ways why falling into forbidden love is not my wisest move...


1. She works with me every single day.


Did I mention she's gorgeous, sweet, kind and smart?
2. She works in my home.
Playing with my five-year-old daughter. Teaching my little girl. Cooking for my princess. Which means...
3. She's the nanny.
And that makes her completely off-limits... But it doesn’t stop me from wanting her. All of her.

The other nannies in this city don't call him the Sexy One for nothing. My boss, the amazingly wonderful single father to the girl I take care of every day is ridiculously hot, like movie star levels with those arms, and those eyes, and that body. Not to mention, the way he dotes on his little girl melts me all over. But what really makes my knees weak are the times when his gaze lingers on me. In secret. When no one else is around.

I can't risk my job for a chance at something more... can I? But I don’t know how to resist him much longer either... 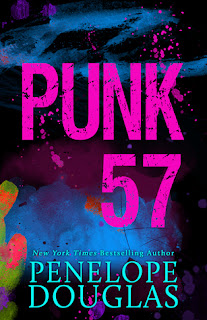 “We were perfect together. Until we met.”

I can’t help but smile at the words in her letter. She misses me.

In fifth grade, my teacher set us up with pen pals from a different school. Thinking I was a girl, with a name like Misha, the other teacher paired me up with her student, Ryen. My teacher, believing Ryen was a boy like me, agreed.

It didn’t take long for us to figure out the mistake. And in no time at all, we were arguing about everything. The best take-out pizza. Android vs. iPhone. Whether or not Eminem is the greatest rapper ever…

And that was the start. For the next seven years, it was us.
Her letters are always on black paper with silver writing. Sometimes there’s one a week or three in a day, but I need them. She’s the only one who keeps me on track, talks me down, and accepts everything I am.

We only had three rules. No social media, no phone numbers, no pictures. We had a good thing going. Why ruin it?

Until I run across a photo of a girl online. Name’s Ryen, loves Gallo’s pizza, and worships her iPhone. What are the chances?

I just don’t expect to hate what I find.

He hasn’t written in three months. Something’s wrong. Did he die? Get arrested? Knowing Misha, neither would be a stretch.

Without him around, I’m going crazy. I need to know someone is listening. It’s my own fault. I should’ve gotten his number or picture or something.

He could be gone forever.

Or right under my nose, and I wouldn’t even know it.