Is it true that love overcomes all?

He was one of the star goalies on the Renegades, best buddies with Dom Zanetti - also a goalie, he was carefree and always smiling.

She was Hailee’s best friend, an ice skating instructor in her spare time and owner of a pet salon. She worked hard for what she wanted out of life, she earned her own way in life.

Kaden O’Conner and Alison Bishop met by chance when Dom was still trying to woo Hailee back. They’ve been hot and heavy ever since. Exclusive without ever actually saying they were exclusive, but every second of their romance was pure fun. Kaden was never a one-woman kind of guy, but there was something about being with Ali that had him sure he didn’t want anyone else.

Reality catches up with them and drops a bombshell in their lap. Ali chooses to handle it with poise and grace, or like a boss, as she says. Kaden doesn’t. On the heels of their lives being turned upside down, Kaden’s life takes another hit, and it inadvertently becomes his major focus.

After everything working to keep them apart, were they still meant to be together? Can they reconcile and deal with their life changing issue as a couple?

Coach Walker blew the whistle loudly and tapped a stick on the boards as he skated around to center ice. “Zanetti! Looking good. O’Conner – are you sleep walking out here? Get your ass in gear or ride the bench! Morris, partner with Luc, and Kris, you partner with Hall.”

Kaden stood at his net, sprayed water on his face and then into his mouth. His eyes stung from the sweat dripping into them and his muscles ached. Coach was right, he was moving in slow motion today. He had no one to blame but himself. His legs were fatigued from so much off-ice activity the last few days.

Ugh, Kaden groaned. I need to focus a little more on taking care of myself and a little less on getting laid. This shit isn’t working. He wondered if it was possible to just sleep next to Ali sometimes. He’d rather try then not be beside her at all. An empty bed was cold and lonely and not something he looked forward to.

Kaden joined the line circling around the outside of the rink, falling to the back of it with Dom. It wasn’t easy to skate laps with all the heavy goalie equipment on, but speed wasn’t a concern. You just had to do it.

“I hate these fucking laps.” Dom grumbled through his mask.

“I know. If I took these pads off, I’d run circles around these fools.” Kaden teased.

“Hey, who you calling a fool?” Tyler surprised him from behind, giving him a soft tap on his leg pad with his stick.

“You up for lunch after this, K?” Dom asked.

“Bunnies keeping you up at night again, Kaden?” Harrison, one of the younger guys commented smugly as he skated by.

“Hey, watch your mouth!” Kaden snapped. Ali was not a bunny. And for the first time in his life, he didn’t want the guys to get the wrong idea.

“Relax hot-shot, your rep proceeds you, so I just thought…” The young player shrugged and offered a weak form of regret before taking off to race one of the other guys.

“Ali isn’t a bunny.” He grunted, sure his comment disappeared into his mask.

“Ignore them, Kaden. Those young guys are new to this. They don’t know anything about you and Ali. And they don’t know when to keep their mouth shut.” Dom rounded the end of the rink with Kaden following behind. They joined the other guys at the bench and took a breather.

Kaden turned and was face to face with Harrison who made the ‘bunny’ comment. “Look, O’Conner, I didn’t mean nothin’ by that comment. I just thought, I mean, I’ve heard the stories and seen the pics…”

“I really don’t care what you meant. And I really don’t give a shit what you’ve seen. I’m done with bunnies. Got it? And it’s none of your damn business anyway.” He wanted to say more, defend Ali’s honor or something, but practice continued.

“Line up, ladies! Scrimmage time.” Coach blew the whistle and the team dispersed.

As much as he tried to ignore the comments from Harrison, they got to him. The younger guys avoided him as much as possible the rest of the morning, which was for the best. According to the rumor mill, Kaden had a temper, they obviously heard that about him too. Damn rumor mill was going to cause him issue someday, but not today. He was just happy the young-guns were backing off. 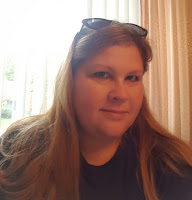 Melody was born and raised in Pittsburgh, Pennsylvania, where she lives with her husband, and son. She’s a dog lover and recently losing her two 15yr old girls (dogs) they adopted a new puppy, in addition to a cat. After years of begging for a cat, she finally let her son adopt a kitten (even though she’s allergic!) The cat is definitely a “mama’s boy”. A house just isn’t a home without pets. The whole family are avid Pittsburgh Penguins fans and like going to hockey games when they get the chance. Having met some of the players has fueled her interest in writing about them and creating wonderful stories. Melody has loved writing since she was young, in school she never met a creative writing assignment that she didn't love. She is lucky enough to have a wonderful husband who encourages her to write. When she was laid off from her job of 14 years, he was supportive about letting her stay home and just be a mom. During that time, she discovered hockey-romances and found a renewed love of reading as well as a passion for writing. She spends her spare time reading hockey romances. At holiday time she really enjoys any romance about Christmas, and Hallmark movies on tv. When it is the hockey off-season, she enjoys swimming and spending her days out in the sun with her family. Basically if she’s not writing or reading, then she’s doing something that has to do with hockey!

Enter Giveaway: a Rafflecopter giveaway
Posted by MelB at 2:00 PM