Fairy tales do come true—and so do tabloid scandals! New York Times bestselling author Marquita Valentine kicks off a juicy contemporary romance series with a novel about a prince whose best-laid plans go deliciously awry when he marries the maid next door.

Forced to flee to the United States with his siblings after their parents’ assassination, Crown Prince Colin Sinclair takes it upon himself to become the caretaker of his family while hiding out near Charlotte, North Carolina. But after a decade in hiding, the secret’s out and Parliament demands that Colin wed a princess of their choosing. Unwilling to play their game, Colin decides to marry an American instead, and he has the perfect candidate in mind.

As a home-service professional, Della Hughes doesn’t believe in storybook endings. But when her best friend and secret crush reveals that he’s a flesh-and-blood prince, she doesn’t know what to think. Still, she’ll do anything for Colin, including becoming his wife—in name only, of course. But when their plans to stay purely platonic go by the wayside, their fake honeymoon turns all too real. After a week of white-hot nights, Della can no longer deny her feelings—not with a happily ever after so tantalizingly close.

I’m a sucker for a fairytale and Royal Scandal definitely had a grown up fairytale vibe to it. Add in a friends to lovers aspect and I was hooked from the start. The book was full of heart, sass and swoonworthy moments for me.

I really adored Colin. He stepped up as head of the family as a young man, raising his two youngest brothers as his own while managing the family business and overseeing his other teenage siblings. His heart still has room for Della, his best friend, even if he didn’t realize it at first. When he does? Oh his seduction of her just had me swooning.

I think at some point in their life most women have dreamed about having a fairytale romance and Della is no different. She’s a cleaning woman in love with her best friend, Disney movies and the dream of being a mom. But she’s no pushover. She gives as good as she gets with Colin, truly showing him that they are a team in every aspect.

There is definitely heat in this book. The chemistry between Colin and Della is strong and there were times I thought my kindle needed to cool down after reading some passages-and I loved that.

What I didn’t love entirely was the subplot. I thought at times it popped up out of nowhere. It threw me off a bit when I was just getting into the groove of Colin and Della’s new relationship. We got snippets of the scandal throughout the book but I almost felt like if it had been explained at once it would have made for more of a conflict for the characters. Here it just felt like a pesky annoyance in the middle of my grownup fairytale.

Overall, I really enjoyed the book. I liked the modern feel to this fairytale spin. I adored the characters, they drew me in from the start. I’m looking forward to the next book in this series.

There were a lot of things I liked about this book, and there were things that did not work for me.

This was, essentially, a fairy tale. And that is a lot of fun when done well. The exiled Prince, the woman who has been in love with him and spending time with his family for years, of course with no idea he is actually a Prince. His insane wealth and all of the things that make him a prince are all there, and they are all fun.

I liked the slightly surreal fairy tale feeling of the story. I liked that it took place in a real location and not a made up country. This is a pet peeve of mine, so I was glad this wasn't in the book (Norway isn't going to sue, you don't need to set it in Norwandia, really).

That said, I thought the fairy tale of the romance of Colin and Della was perfect. The issue I had with the book was the subplot was too serious and it threw the pacing of the story off for me. The light fairy tale aspects were drug down in an assassination/cover up/power grab by the UK government...this was way too much and made the lightness of the rest of the book a little out of place. Not enough to ruin the story, and I did enjoy it, but this definitely lessened the enjoyment.

I do still recommend the book, minor pacing issues aside. 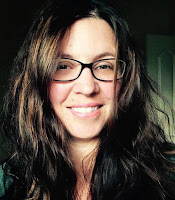 Marquita Valentine is the New York Times and USA Today Bestselling Author of the Holland Springs and Boys of the South series. Since first taking the plunge in July of 2012 to self publish, Marquita Valentine has appeared on the Top 100 Bestselling Ebooks Lists on iBooks, Amazon Kindle, and Barnes&Noble. She's been called "one of the best new voices in romance" (Guilty Pleasures Book Reviews) and her books have been accused of being "a sexy, fun, and slightly addicting contemporary read" (The Book Queen). When she's not writing sexy heroes who adore their sassy heroines, she enjoys shopping, reading, and spending time with her family and friends. Married to her high school sweetheart, Marquita lives in a seriously small town in the south with her husband, two kids, and a dog.

Newsletter: https://goo.gl/ACLMkk
Posted by MelB at 7:00 AM