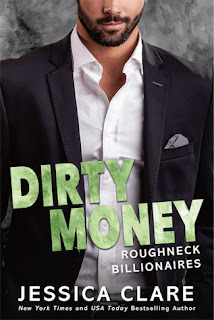 Boone Price and his brothers know oil; at least, the dirty, backbreaking side of working an oil rig. But when their scrubby, worthless hunting land turns out to be sitting on top of one of the biggest oil wells in North America, they go from the rig to the boardroom and end up billionaires practically overnight.

Now with enough money to do whatever he wants, Boone is developing a taste for fine things. And the finest thing he's ever seen is Ivy Smithfield, local realtor. Boone's determined to buy her affection and show the world that he's more than just a dirty fool with a bit of money. Ivy's classy and beautiful - she'll make the perfect trophy wife. The fact that she's sexy and funny is just a bonus.

There's one tiny problem - Ivy's as dirt poor as Boone is. Her carefully crafted veneer of luxury? All an act to promote her business. What's Boone going to do when he finds out the woman he's falling for is, well, in his league?

This book had all of this and it did it fairly well. Boone is a self-made billionaire. And one who hasn't quite dealt with the idea that he is rich...he wants people to treat him with the respect that the money should bring him. But he doesn't act the part. So, he needs Ivy. To make him classy. To make people respect him. Or so he thinks.

Ivy, however, isn't what she seems...and in an odd way, they are both pretending to be exactly what the other wants...and this makes them work, but also adds a tension as she is not being totally honest with him.

The characters were believeable, although I thought Boone...and some of the situations he created with his money...were a little overdone to be totally believable. This didn't ruin the story for me, but I wasn't totally positive I believed all of the actions and at times I felt the dialog and his behavior were more than what I was totally able to think would actually happen. Although, the whole point of the book was that he was an unconventional billionaire...so, while I felt at times it was stretching it, I am not able to say there is no way any of this would happen.

The chemistry with Boone and Ivy was spot on, and while it was instalove on his part, I believed it, as this was how he did everything else in his life, full speed ahead, take no prisoners on the way to getting what he wanted.

The pacing was strong and the characters were overall enjoyable. There were not any parts in which I was bored. I recommend this book and I am looking forward to the next in the series. 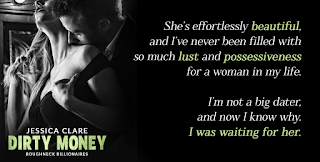 Amazon
Barnes & Noble
Kobo
Posted by Laura at 9:00 AM