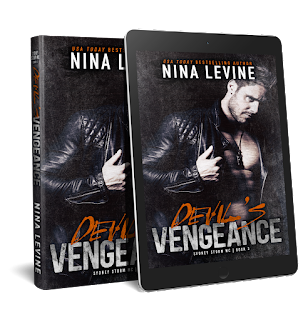 The Sydney Storm MC are back and war is coming. Dating the sister of a friend is a bad move, but falling for the sister of your club’s greatest ally is the absolute worst move. Especially when he makes it clear he doesn’t want a biker anywhere near her. This story contains all the panty-melting sexiness and alpha goodness that Nina Levine books are known for. This series is best read in order. 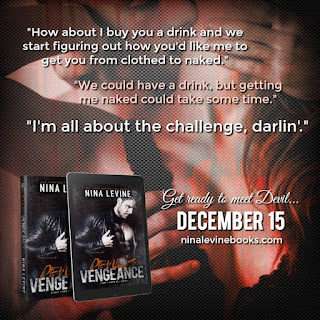 Here’s a taste of Devil & Hailee


I decided to be completely up-front with my thoughts. “Are you just after sex here? I mean, if you are, I’m on board with that, but I’d rather know going in what this is rather than thinking it could be more when that’s not what you’re thinking.” He smiled harder and leant forward so he could kiss me. His lips on mine blazed a line of hunger along my skin. Every inch of me wanted more. And he didn’t disappoint. Parting my lips, he deepened the kiss, his tongue searching for mine. He took my face in his hands, and his body slid across the lounge towards mine until we were touching. I wanted to crawl into his lap and never let him end this kiss. I wanted to rip his shirt off and put my hands all over his body. God, I wanted to do so many dirty things to him—things I’d never done to another man, but had dreamt of. “Darlin’,” he rasped, pulling his mouth from mine, which made me want to cry out my disappointment. “We need to stop this now or else I’m not gonna be able to stop. I’d happily fuck you on this lounge if it’s what you wanted, but I doubt it is.” I took hold of his face. “I need your lips on mine for at least another five minutes, and if you can’t control yourself, that’s on you.” My words came out on a huff of bossy breathlessness, because that’s what a kiss from Devil did to me. I could only imagine what sleeping with him would do. Hell, he might cause me to stop breathing all together. His eyes widened a fraction before he grinned. “Jesus, you’re something else, woman.” And then he gave me what I wanted. And I knew what his answer would be about whether this was just sex or not. This was never going to just be about sex. 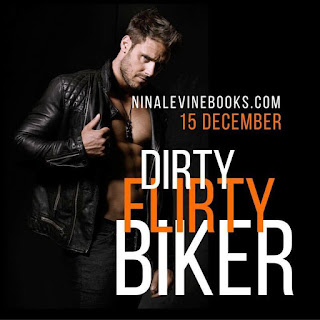 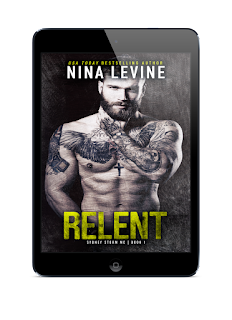 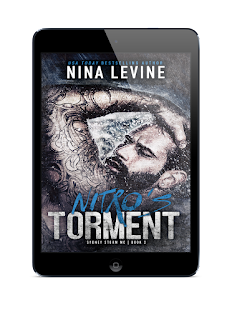 AUTHOR BIO
Dreamer.
Coffee Lover.
Gypsy at heart.
USA Today Bestselling author who writes about alpha men & the women they love.
When I’m not creating with words you will find me planning my next getaway, visiting somewhere new in the world, having a long conversation over coffee and cake with a friend, creating with paper or curled up with a good book and chocolate.
I’ve been writing since I was twelve. Weaving words together has always been a form of therapy for me especially during my harder times. These days I’m proud that my words help others just as much as they help me.

CLICK TO ENTER TO WIN A SIGNED DEVIL’S VENGEANCE PAPERBACK, $20 AMAZON GIFTCARD AND LIMITED EDITION SWAG
Posted by Janna at 8:00 AM