Release Blitz! Not So Temporarily Married By Fiona Davenport 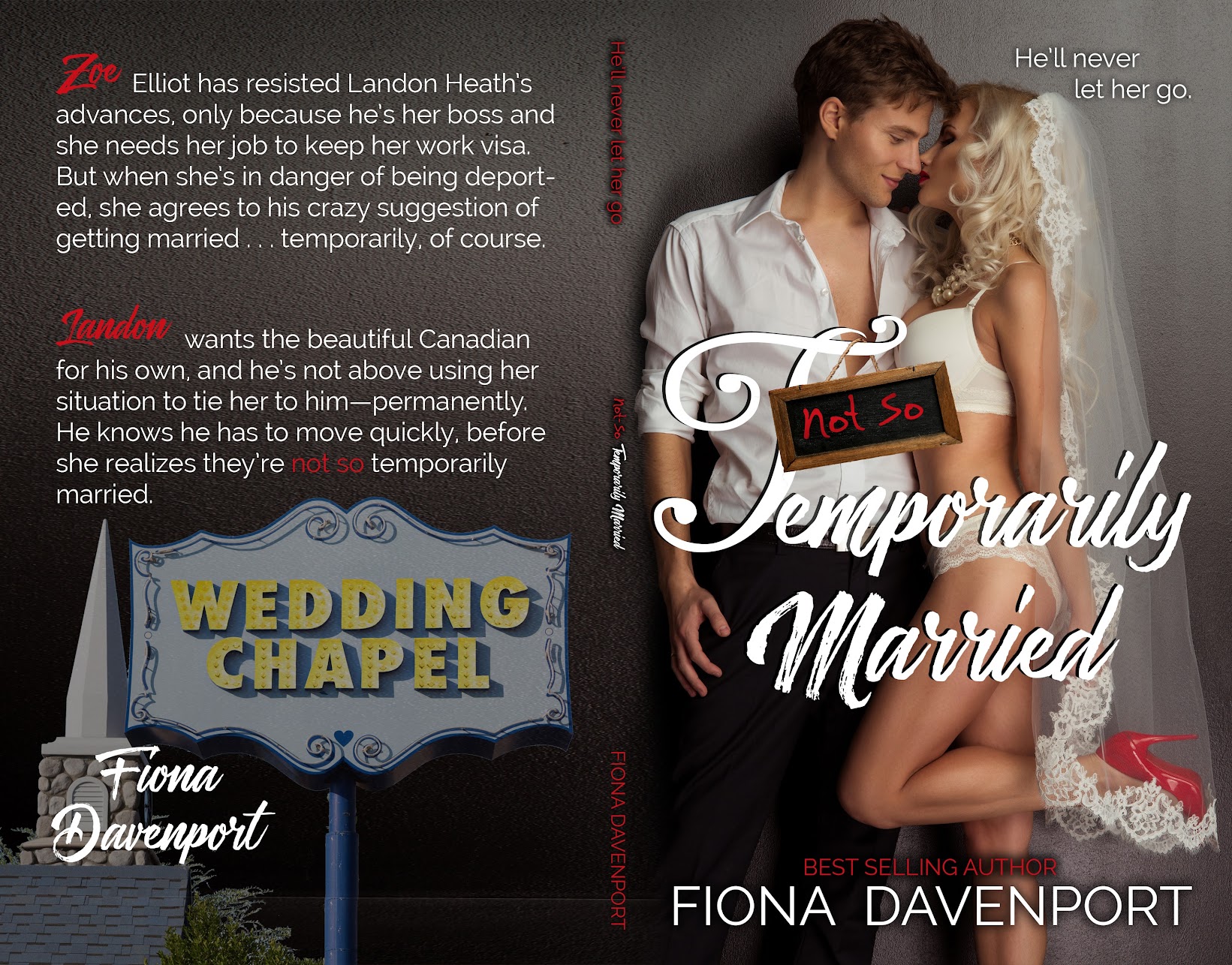 Zoe Elliot has resisted Landon Heath’s advances, only because he’s her boss and she needs her job to keep her work visa. But when she’s in danger of being deported, she agrees to his crazy suggestion of getting married… temporarily, of course.

Landon wants the beautiful Canadian for his own, and he’s not above using her situation to tie her to him—permanently. He knows he has to move quickly, before she realizes they’re not so temporarily married.

Not So Temporarily Married is everything I love about a Fiona Davenport novella!  It was hot, it is sexy, it is funny and it was one I devoured in about an hour or so!  It has the sexy boss wanting his employee, it has the possibility of said employee being deported, it has sex, it has a wedding, it has insta everything and I wanted more!  Landon and Zoe will heat up your kindle very quickly.  Landon knew what he wanted and that is Zoe, and I loved how he hopped at the opportunity to make her his!  Zoe was one of those characters that you can’t help but like, and Landon, well he is just sexy as can be.  Not So Temporarily Married by Fiona Davenport was another one I recommend for those looking for a quick and sexy read. 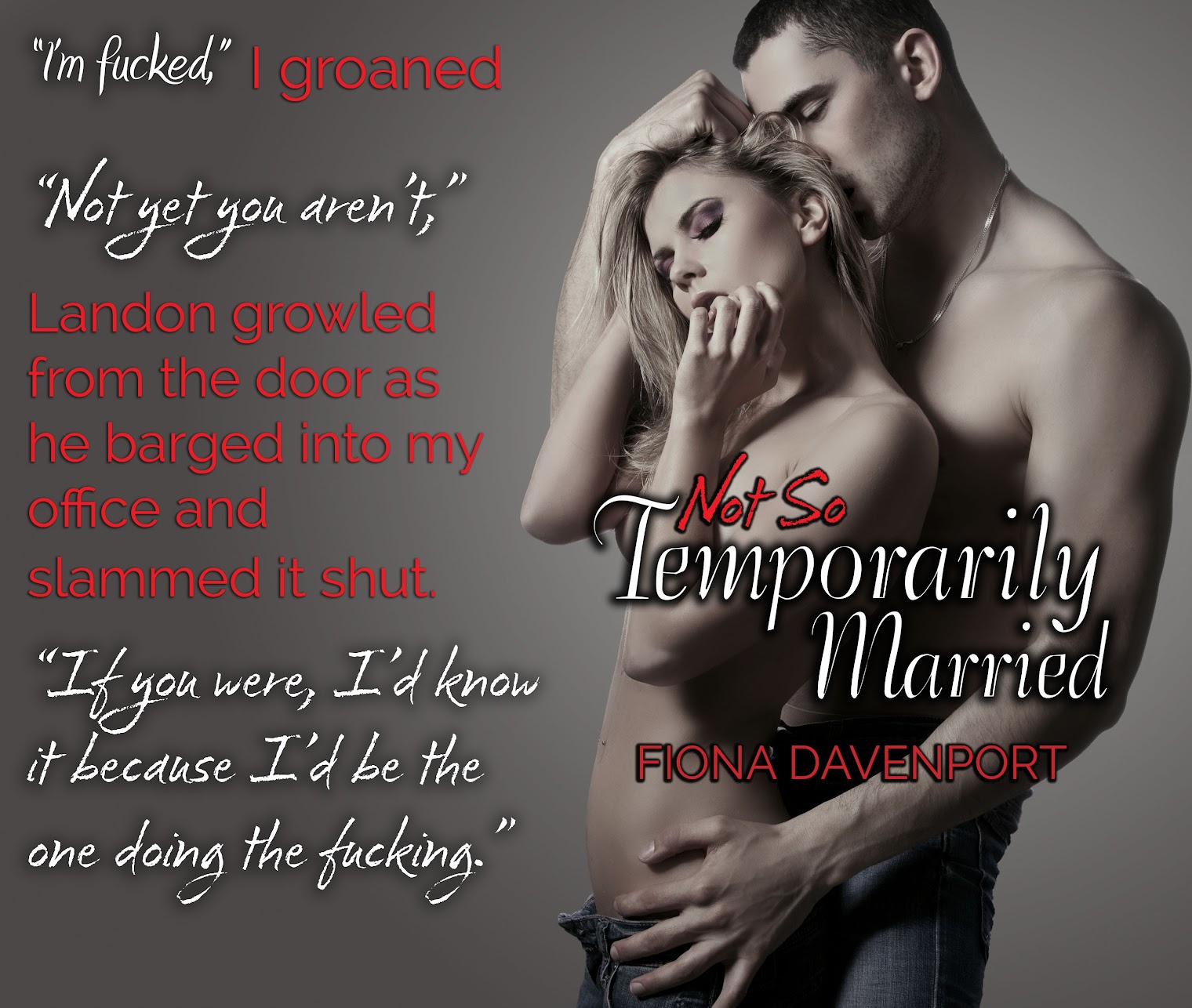 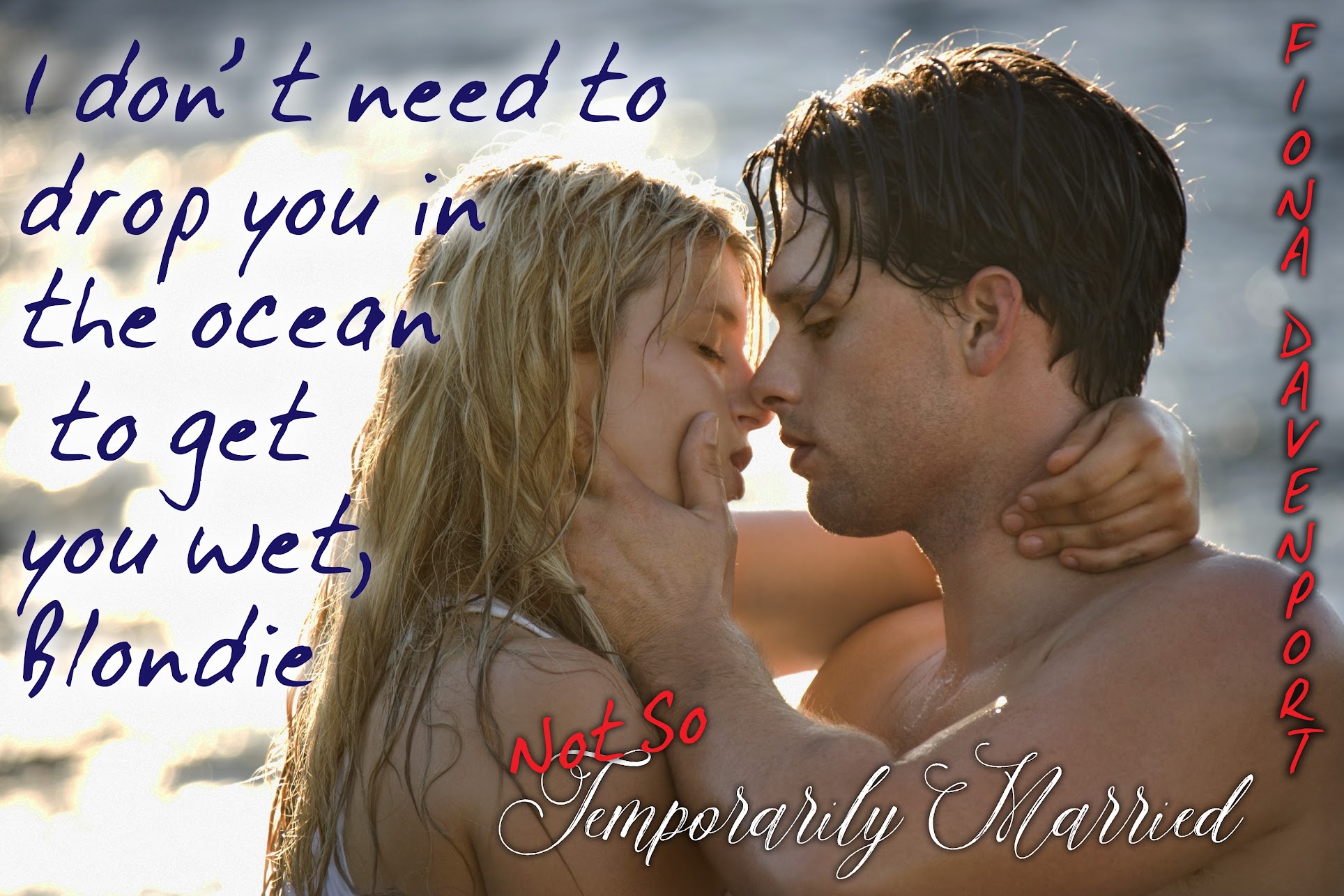 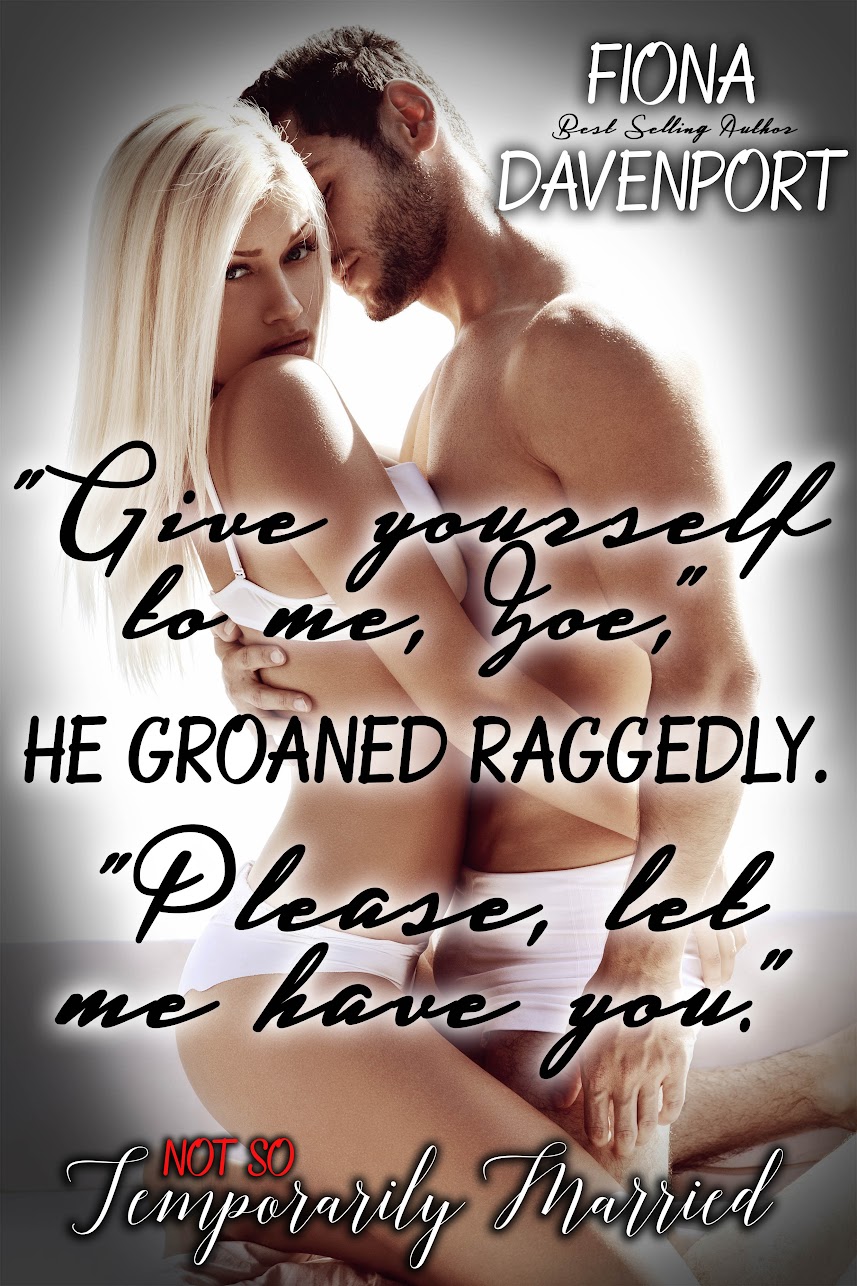 I dug through the pile and found the envelope she was referring to at the bottom. It was impossible to miss with US Citizenship and Immigration Services listed on the upper left corner.

“Crap. Crap. Crap,” I chanted to myself as I tore it open. Then it turned to “fuck, fuck, fuck” as my heart dropped. I read through the letter quickly the first time around, and then much more slowly to make sure I wasn’t misunderstanding what it said. Unfortunately, the meaning didn’t change the second time around.

“Not yet you aren’t,” Landon growled from the door as he barged into my office and slammed it shut. “If you were, I’d know it because I’d be the one doing the fucking.”

His raspy voice slid over my skin and heated it. Just the sound of him talking had my panties wet, and I’d been avoiding him all this time because I’d thought he’d be the reason why I had visa problems.

“All those wasted opportunities,” I muttered.

“Not wasted,” he corrected. “Foreplay.”

“I don’t have time for this right now, Landon. Not when my whole world is falling apart,” I cried, waving the letter in the air.

“You sound as bad as Samantha did when she told me to get my ass in here.” He tore it from my hands, and I dropped my head to my desk while he read through the letter.

“It’s just an additional interview, Zoe,” he said soothingly, in a failed attempt to calm me down.

“My visa was approved by an immigration officer at the border two months ago. It was easy peasy. I showed him my TN visa application letter, my bachelor’s degree, and my passport. I answered some questions about how long I planned to stay in the country. About how often I planned to go home to see my family. Boom, I was approved. Which means they shouldn’t have any additional questions for me,” I retorted as I jumped to my feet and paced back and forth. “Except, someone apparently has it in for me since they received a tip that I lied about my intent to stay here for only three years. Who would do something like that?”

“Calm the fuck down,” he ordered, as though it was that simple.

“Calm down?” I parroted. “That’s easy for you to say since you’re not the one in danger of being deported!”

“I beg to differ”—I stormed towards him and jabbed my finger in his chest, absently noticing how firm it was—“since an appointment at an immigration field office sure sounds like the start to yanking my work visa to me.”

“You know what?” he drawled. “Don’t calm down. Feel free to freak the fuck out because in the end that will work out even better for me.”

“What in the heck are you talking about?”

“I’m talking about you and me, Zoe. You’ve been denying what’s happening between us for two, fucking long as hell months,” he growled, his eyes lit with determination. “You’ve used your work visa as an excuse to keep yourself away from me. Well guess what, Blondie? Giving in to me is your way out of this mess.”

“I still have absolutely no idea what you mean. Maybe you can dumb it down for me since I’m blonde and all,” I muttered sarcastically, not a big fan of his nickname for me.

“And whose fault is that?” he countered. “It certainly wasn’t for a lack of trying on my part. If I’d had my way, you wouldn’t have a single doubt about how damn serious I am.” 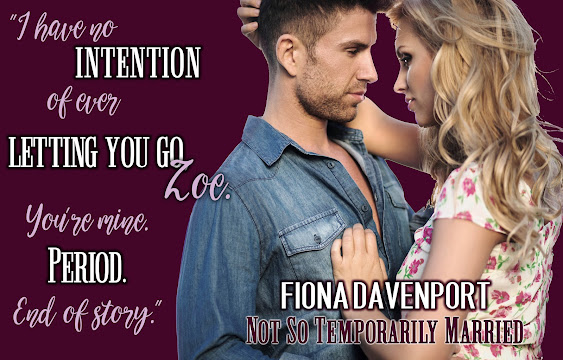 OTHER BOOKS BY FIONA DAVENPORT
**All books available on Kindle Unlimited**

ABOUT FIONA DAVENPORT
Hello! My name is Fiona Davenport and I'm a smutoholic. I've been reading raunchy romance novels since... well, forever and a day ago it seems. And now I get to write sexy stories and share them with others who are like me and enjoy their books on the steamier side. Fiona Davenport is my super-secret alias, which is kind of awesome since I've always wanted one.