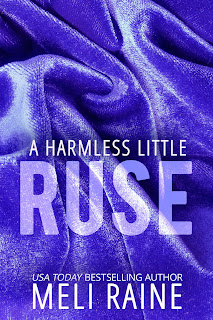 She has no idea what she’s doing. Loose cannons never hit their targets.

And they take out plenty of collateral damage.

Four years ago Lindsay experienced the unspeakable right before me, and I couldn’t stop them.

But that’s all changed now.

When her father, Senator Bosworth, contacted me to ask — demand — that I protect her, it was a second chance. A shot at redemption.

An opportunity to right an unspeakable wrong.

Controlling Lindsay as she seeks her revenge on the monsters who hurt her won’t be hard.

Containing my own out-of-control feelings for Lindsay and keeping up this ruse of cold-blooded distance will be.

Even harder than admitting to her what really happened that night four years ago.

It turns out I don’t have to, though.

Someone else did it for me.

And I’ll make sure they regret it.

A Harmless Little Ruse is the second book in this political thriller/romantic suspense trilogy by USA Today bestselling author Meli Raine, and is entirely from Drew’s perspective. 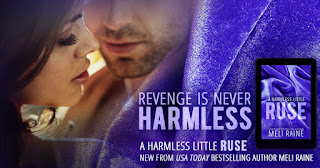 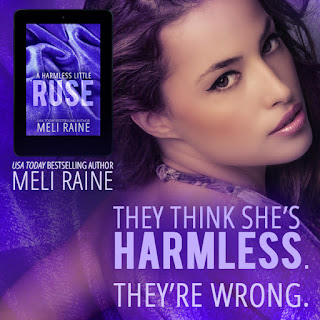 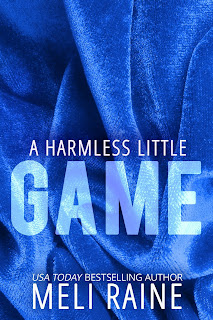 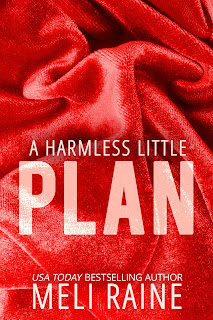 Meli rode her first motorcycle when she was five years old, but she played in the ocean long before that. She lives in New England with her family. 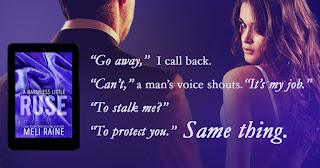