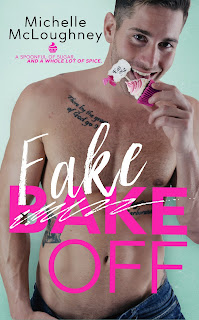 Polly Doyle hates her job, her life, and being stuck in her home town. Being a twenty-something, newly single, phone-sex operator isn’t exactly where she saw herself on career day. When Polly lands a spot on the popular TV show, The Bake Off, she vows to win. Baking is her passion and her ticket out of Cavern's Bend. There’s just one, very big man-shaped problem. It’s couples year. Polly doesn’t want a man, but for the first time in her life, she needs one. Faking it for a living comes naturally to Polly. Faking The Bake Off, should be a piece of cake. If only her fake boyfriend wasn’t so edible, so hot, and so damn infuriating!

Keane Marshall loves his job, his life, and moving back to his home town is the icing on the cake. Being a twenty-something, newly single chef of the hottest restaurant in Cavern’s Bend, is exactly where he wants to be. Until he gets roped into a competition with a woman he hoped he’d never see again. Polly Doyle was the first girl he ever wanted. The first girl he fell in love with. And the girl who sucker punched him into 6th grade infamy. Faking The Bake Off should be a piece of cake. If only his fake girlfriend wasn’t so sinfully spicy, so teeth tingling sweet, and so damn infuriating!


A spoonful of sugar, and a whole lot of spice.

Fake Off was at times hilarious, at others cheesy, and occasionally could get on my nerves but overall Fake Off was a good read especially when you need a break from the heavier or darker books that I have been reading as of late.  Polly and Keane knew each other years before, they were friends, and they were two in a band of misfits who looked out for each other.  Add in some weird yet endearing secondary characters and you have a book that even at its cheesiest you can’t help but laugh.

Polly is a nut and I mean that in a good way, she has had some shall I say interesting work history.  Keane I just could help but like and I loved his brother and sister as well.  I actually want books about the secondary characters as well, strangely enough while I am not raving about this one that I am still intrigued enough to want more.  Fake Off is one that is perfect for a good laugh and a couple of smiles. 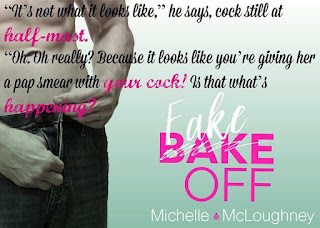 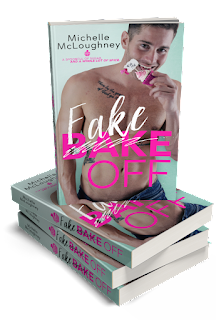 Michelle McLoughney is an Irish author and child prodigy. That's a lie. As a child she pretended she was a prodigy, and also that her father was Ming the Merciless. Thus, a career in fiction was born, or, lying for a living. Whatever. Michelle writes books that have hot men and kick ass heroines. Also, books that have hot women and kick ass women. There's a theme running here somewhere! Probably that hot kickass women should rule the world. Michelle likes cake and pie. In fact she has never met a cake that she didn't like, first world problems. Please connect with Michelle in any way you'd like. She's a Facebook regular and appreciates the feedback. And cake. Send cake. 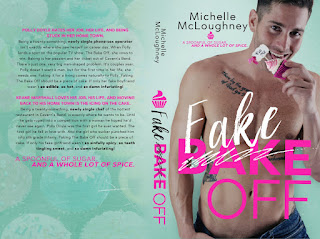