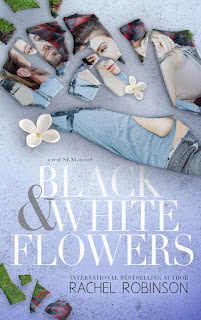 Carina Painter lives a life she created in between the pages of her bestselling novel. At least, that’s what she outwardly portrays. A heart-rending childhood followed by an abusive engagement leaves her broken in all ways possible. A chance encounter provides the fork in the road she so desperately desires.

Navy SEAL Smith Eppington is fighting the war of his lifetime. One that isn’t fought with weapons and highly sought intelligence. It’s a battle to remember his past. The accident that scarred seventy five percent of his body, and stole the life of his best friend also seized parts and pieces of his memory. When an author asks to interview him for a fiction novel, he’s ready to pour his heart out no matter the cost.

The friendship that blossoms between Smith and Carina is something extraordinary. It’s a living, breathing love story about finding yourself, change that is out of your control, grasping what you can, and letting go of everything else.

In a twist of kismet, remembering could destroy everything, but fiction may be what saves the day. A friendship built on new truths and a relationship torn apart by old lies collide in a poignant novel by International Bestselling Author, Rachel Robinson.

Black & White Flowers is the first standalone in

Add Black and White Flowers to your TBR list on Goodreads! 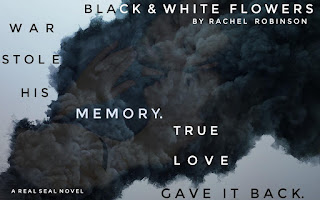 He leans closer, his nose brushing the side of mine. His scent—the mouthwatering, fatally toxic scent of him—enters my body. I inhale deeply just as he blows out a breath.

“Difficult in that I don’t think I can hold out another second,” Smith says, his lips brushing mine on the last word. It would be the easiest thing in the world, to lean up and press my lips against his. I want him to want me as badly as I want him. The feelings are so intense I have to close my eyes to block out one sense.

Instead of responding, he nods and rubs his thumb along my lower lip and ends by pulling it down to open my mouth.

I’m hyper aware of this moment. I know it’s when everything changes. The setting sun plays peekaboo through the trees next to us, and the sounds of the children’s shrill laughter lift on a slight breeze. Smith leans down and brushes his lips against mine back and forth. I taste his breath as mine mingles with his. My head, held still in his hands, is at his mercy. When I’m sure it’s going to happen, I wrap my hands around his waist and pull my body against his. The muscles he’s worked so hard to rehabilitate mold against me as if they were made to fit with mine.

“I’m going to kiss you,” he says. And then he does. Before I can respond. Before I can scream at the top of my lungs, Yes! Finally. Please. Kiss me and never stop. Our lips crash together in a hurried violence. It’s a large amount of pent-up sexual frustration culminating in our mouths colliding—becoming one. After all of our interviews, my mind wandering to his perfect moving lips I could only dream about tasting, I finally get them. His tongue seeks mine out as his hands tilt my head to the side to ease us into a better angle.

I clutch the back of his shirt, tugging him into me until I think I may be hurting him. He releases my head and picks me up, turns so his back is against the tree, and continues his assault from here. My legs wrap around his waist, and in the midst of this frenzied lust filled with stolen breaths and shared emotions, his erection pressing against me, I decide that Smith Eppington is the only person I want to kiss for the rest of my life.

He’s my morphine, the solitary reason my heart beats fast and slow in any single moment. I might as well be stringed like a puppet and marched into an arena naked. This is how I feel when he asserts his control—his dominance—over me. There are so many things I want to tell him, but neither of us wants to be the first to break away from this moment of pure bliss. I’ve never been kissed like I’m oxygen, like I’m the reason one lives, kissed like I alone can keep a heart pumping. 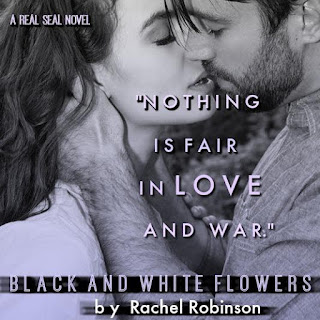 Rachel grew up in a small, quiet town full of loud talkers. Her words were always only loud on paper. She has been writing stories and creating characters for as long as she can remember. After living on the west coast for many years she recently moved to Virginia Beach, VA.